It would probably be more accurate to include ‘whiskey’ somewhere in the title as well, since the various lockdowns here in Ireland have had the useful side effect of introducing me to many interesting whiskeys as well as beer through numerous virtual tastings. But before we dive in to an (almost) entirely non-hierarchical ‘favo(u)rites of the year,’ it’s probably worth noting that A Few Big Things Happened in 2020:

In January, we moved from Seattle to Dublin. Although my role is technically Dublin-affiliated, my colleagues are largely based in Basel. I spent our first few weeks ‘in’ Ireland mostly shuttling between New Jersey and Switzerland for midweek meetings. I do not recommend this approach for settling in to a new city and country, especially when attempting to find schools and housing. During a brief stint of my not traveling just before the Irish election, our teen went out to see Neil Hannon, my forever-favo(u)rite artist, play a few songs on Grafton Street; I had a meeting, but assumed I would have plenty of similar opportunities, now that we were living in the same country, so decided not to skip the call. I should have skipped the call.

In March, we got in just under the wire to obtain our IRP cards – the residence permits that let us funny foreigners live officially in Ireland – before everything locked down in response to COVID. While my at-home workdays became much longer, the abrupt cessation of travel was, for me, quite welcome. Our smaller child had perhaps 3 weeks in school (and our teen would not have *any* in-person contact with ‘people who are not us’ until September), but the pivot to Home School Hub on television helped her continue to adapt – and to get a lot of her videos screened for the nation. We spent the next several months being horrified at what was happening in our home country (even more than usual) and feeling extremely fortunate not to be there.

Throughout the first lockdown, virtual meetups and tastings were the key to some kind of normal life, though we spent several of those first few months without real furniture. All our worldly goods had arrived via sea from America, but they were quarantined at the port. We were sleeping on inflatable beds and had only a rapidly-deflating couch in the living room throughout that time. We had managed to get some cheap plates and silverware, but knowing that our books, PELOTON and actual, solid furniture were within our 2KM radius but could not come to us was frustrating (not to mention not great for one’s back). Nevertheless, the Beer Ladies kept us sane through weekend Zooms.

Toward the end of the first lockdown, we were finally reunited with our ‘stuff’ – and working at home became much more comfortable as I was no longer simply sitting on the floor with my laptop (and I could actually work out again – my knees can only take so much running). And, as previously detailed, when the lockdown lifted, I got to see my virtual friends in person. We had a few drinks and started a podcast, but more on that in a moment. We had the opportunity to visit Galway and Kilkenny – so far, still the only places outside of Dublin I’ve been able to visit since moving to Ireland.

We spent much of the summer looking at houses to buy (renting in Dublin is, to use a technical term, hella expensive, even by the standards of other places we’ve lived, and it’s a nightmare with pets). We finally had an offer accepted and began the incredibly slow process of moving toward actually getting the keys…which we hope to complete early in January. We very much look forward to getting out of our Celtic Tiger-era rental, which manages to be both very expensive and incredibly cheaply-built, and into an actual house. 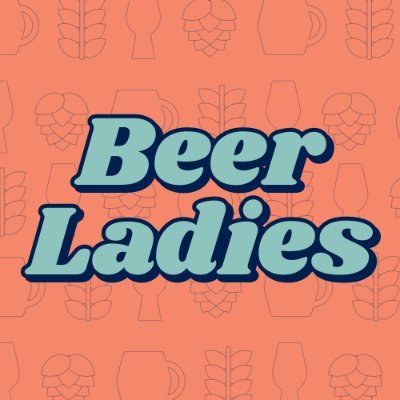 Autumn brought the return of in-person school (and a return to semi-lockdown, though again, I’ll take anything happening in Ireland over the disaster that is the US) and also saw the launch of the Beer Ladies Podcast. We’ve managed some fantastic episodes with our rotating cast, and have had some great guests; I’m particularly proud of our session with Lynsey from Whiplash, and I’m excited about what we have planned for 2021. Like and subscribe!

In summary, it’s been a lot. I miss theatre, concerts and museums, though at least we managed to get in to some of the best local ones during lighter periods of lockdown. I miss (personal) travel and seeing other people, but I’m also glad I’ve had the chance to discovery so many new-to-me beers and whiskeys.

And, given that’s probably what you came here for in the first place…on to my best discoveries of 2020…