In honor of our new design, I’m posting a hopefully-comprehensive if rather sad list of every band, artist and/or comedian I’ve ever seen live (not including theatrical appearances – that would be an entirely separate and altogether too-geeky list). Without further ado, the music/comedy list – an asterisk indicates multiple shows for each artist in a particular city:

Allagash Fluxus 2008
This year’s Fluxus was a ginger-spiced witbier. It was rather tasty.

Brasserie Dieu Du Ciel RosÃ©e d’Hibiscus
Another wit – but this one is flavored hibiscus. This is possibly the only ‘girly’ beer I’ve ever enjoyed.

Brouwerij de Molen 1914 London Porter
All beer-geek archivists read Shut Up About Barclay Perkins, yes? If you do not already, you should begin, since the blog and, hence, the beer are the fruits of researcher/author/blogger Ronald Pattinson’s hard work in various European beer archives. And it’s great.

Brouwerij de Molen SSS 1914 Triple Stout
Like the beer above, this is a fantastic recreation of a historic recipe – one I’d be happy to drink every day.

Dogfish Head Sah’tea
Also something of a historic recreation (this time of a Finnish sahti), but as this is Dogfish Head, it had a modern twist – actual tea in the brew, and a weizen yeast. More refreshing than it is possible to convey.

Dogfish Head Theobroma
It sometimes seemed that every new beer I tried this year featured chocolate in some way, but nothing could compare to the latest archaeological beer from Dogfish Head. Unique, and a very different brew in tap and in the bottle.

Earth Bread + Brewery The Bradley Effect
A winner from the much-anticipated brewpub (see below, and try the flatbreads – they are amazing) with a very unusual style – it was a black gruit (and was on tap just in time for the election).

Earth Bread + Brewery Here’s Brucker
I seemed to have enjoyed many alts this year – this was one of the best, despite the terrible pun.

HaandBryggeriet Norwegian Wood
It was too smoky for me, but I could appreciate the work that had gone into it – the juniper was a nice touch, and I look forward to their other offerings.

Harviestoun Ola Dubh 16
I am generally not a fan of anything wood-aged, but perhaps there’s something about whisky casks that makes it OK. Harviestoun took their reliable Old Engine Oil and deposited it in some Highland Park casks for a while (I also tried the 12 and 30 varieties), with a very tasty (and, for completists, individually-numbered) result. This one was just right.

Moa Noir
I am often suspicious of a beer that has made a long journey in a bottle, but this dark lager from New Zealand was great – more, please!

Nils Oscar KalasÃ¶l
A mÃ¤rzen from Sweden, and a good one, too – not to mention an excuse to use two umlauts in rapid succession.

Otter Creek Sea Otter
My favorite from the Otter Creek World Tour series – a Baltic porter with a ton of flavor.

Port Brewing/De Proefbrouwerij Signature Ale
Possibly the oddest beer I’ve had this year, and one I thought I would dislike since I am not the world’s biggest fan of Brettanomyces. This works perfectly for me, though.

Rogue Double Dead Guy
As per usual, Rogue can get away with front-loading the hops – there’s still plenty of malt to make this a perfect Halloween brew.

Rogue John Locker Stock #10, Oktoberfest
This was something of a departure for Rogue – the malt finally got a chance to shine.

Southern Tier Choklat
Rather like its sibling below – I wish these came in airline-sized bottles.

Southern Tier CrÃ¨me Brulee
Definitely a ‘dessert only’ beer – very, very sweet and lives up to its namesake.

Stone XII Anniversary
Another chocolate beer, this one a bitter chocolate oatmeal stout. Really nice, but it was hard to match the memory of the XI Anniversary, which remains my current favorite beer. Can it please become a year-round offering? Pretty please?
Update: Thank you, Stone Gods!

Struise Black Albert
I know every other beer geek loves it. I see how it’s well-crafted, really I do – but it’s too wine-y for me; the grape flavor and I are not friends. Nice maltiness, though.

Struise Mikeller
Belgium and Denmark came together to make a strong golden ale (or something along those lines). It was tremendous.

Struise Tsjeeses
It was blond tastiness.

Troegs Scratch #6
The Troegs Scratch series has been great fun; I am not normally a huge fan of the Dortmunder Export style, but this won me over.

Victory Yakima Twilight
It’s something like a dark double IPA (not quite a Stone XI Anniversary, but perhaps a distant relation) and quite hoppy for Victory, whose stable of lagers made me realize lagers could be Good Things. I hope to have more.

So, there you have it – a partial sampling of Things I’ve Really Liked this year; if I had to pick a favorite, it’s going to be a narrow victory for the 1914 London Porter, just edging out the SSS 1914 Triple Stout. I wish you good luck in obtaining a bottle in time for New Year’s Eve.

Yes, it’s true; I’m officially an award-winning brewer. Here are some ways to celebrate this accomplishment:

Books
Home: A Memoir of My Early Years by Julie Andrews
A Good Horse Has No Color: Searching Iceland for the Perfect Horse by Nancy Marie Brown
1491: New Revelations of the Americas Before Columbus by Charles C. Mann 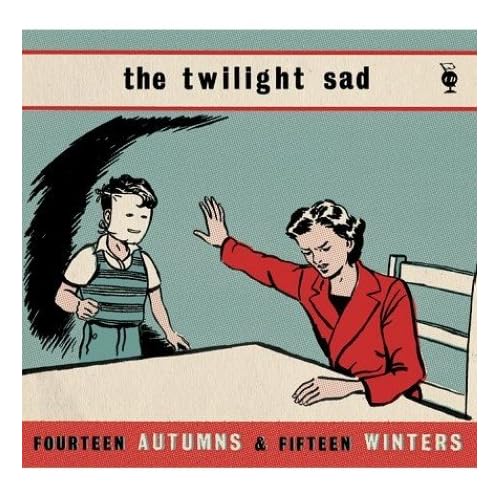 The icy weather affords an opportunity to broadcast a few recent favorites, many of which admittedly have not changed much since November:

This year, I have been mostly listening to:

Waterson: Carthy (minus Norma Waterson), Mandell Theater, Philadelphia
Crowded House (with Liam Finn opening), The Mann Center, Philadelphia (and also earlier in the day at World Cafe Live)
The Lucksmiths (with Ladybug Transistor and Still Flyin’ opening), DC9, Washington, DC
I suppose technically The Wiggles (The Spectrum, Philadelphia) counts as a concert too…

In no particular order, here’s my first crack at my top ten beers for 2007 — and yes, there are more than ten at this point: